When you start spending your vacations in the midcoast of Maine, there are just too many things to do and too many places to eat. Especially with a vacation rental to run and maintain, and kids to manage, you just don’t get to all the great local spots fast enough. This generates what I’m beginning to think of as The Secret Slacker Shame. You find yourself getting red-faced all the time because people are raving about the places you still haven’t been, but you don’t want to admit you haven’t been there.

Alright, well, that’s over for us with the Owls Head General Store. 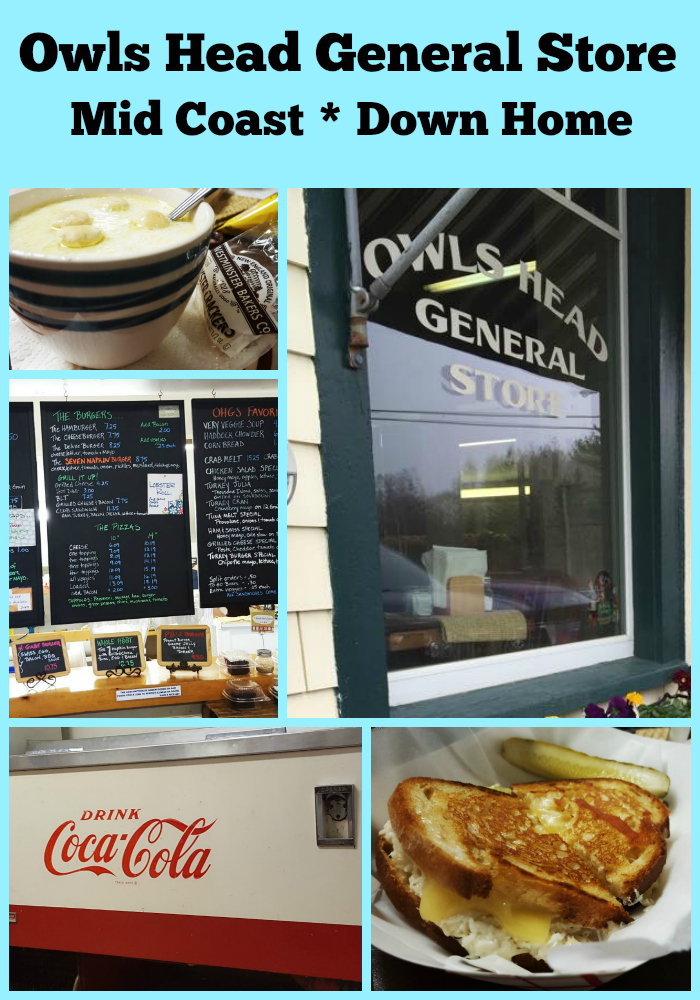 I first met co-owner Sherree Craig on Twitter. I shared yet another article about the super famous Seven Napkin Burger at the Owls Head General Store, and we connected in the usual 140 character banter. I admitted my family had yet to get out there and try it.

At first, I felt I was remiss simply in not having tried this legendary burger. If you read the existing articles and listicles mentioning the store, you get burger burger burger burger. Upon learning how many other things you can order at the store, however, I resolved to buck the trend. I brought my family, my brother’s family, and my parents into the store on a rainy day, en route to the Owls Head Transportation Museum.

What I am about to say may shock you. Nobody ordered the burger.

First of all, if you bring nine people into the Owls Head General Store, you may initially feel like you brought too many friends. The store is a cozy little building that, according to Sherree, has been around for at least a hundred years. In fact, it used to serve as the post office, which is now next door. There are some useful items for sale in the store now, but the focus seems to be on the food served up by chef Rob Craig and the community the store provides for those who seek it. 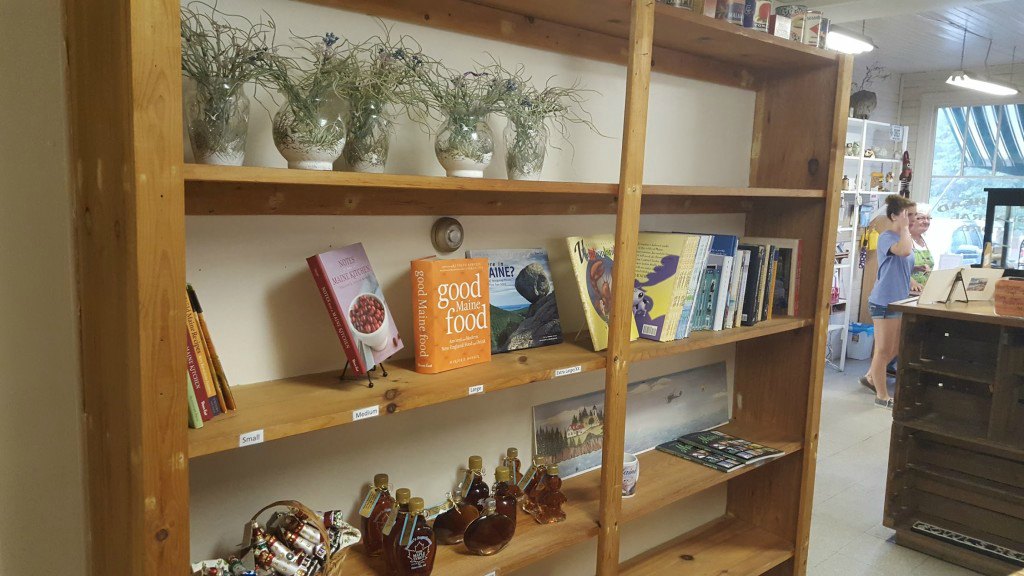 While I was perusing the colorful blackboard menu, the friendly lady behind the cash register was chatting with a man about the recent lottery winner on Vinalhaven. “It could have been me!” he joked. That’s the feeling you get here in the quieter parts of the midcoast. Each big event is just one degree of separation from you. You enter this store and you feel like you’ve joined the local conversation. 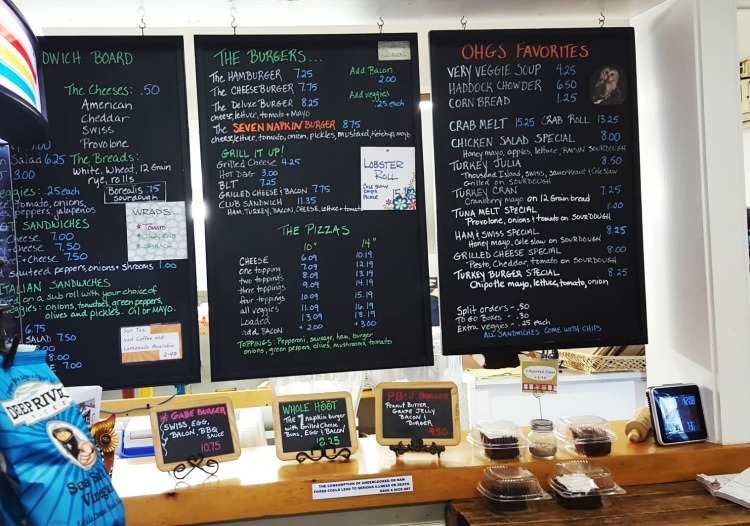 In case you don’t want a burger…

Looking around at the available seats at the clustered tables, I fretted we would be inconveniencing the store’s regular patrons, who were scattered about, enjoying sandwiches and coffee. I needn’t have worried. Several people actually tried to help us find a spot for everyone. One man voluntarily moved his seat. Nobody seemed at all surprised that a bunch of people from away had suddenly busted into their store and clustered around the menu board. 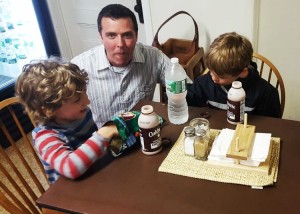 That, I’m finding, is the amazing paradox about the Owls Head General Store. Sherree tells me that they’ve had visitors find their way to their corner from as far away as Australia and Taiwan. The store has been mentioned in a novel…in a song. Still, the newcomer arrives and feels at home.

We stood and ordered from the board while a nice young lady took our list of lunch choices down on a notepad. Several of us jumped at the haddock chowder and Dan got the crab melt. 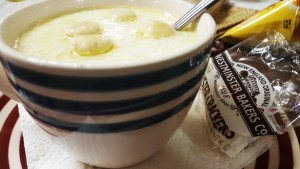 My children were delighted to be able to order PBJ and grilled cheese. Drinks were chosen out of the cooler.

Everyone was soon seated and happy in this quietly humming store on a rainy day.


Sherree tells me there was once an owner of the store named Casper and that, although she doesn’t have proof that the store is haunted, she likes to  think they have a friendly ghost. As a brief daylight observer of this comfy store, I can confirm that the vibe is definitely friendly…ghostly or not. We finished our meals all too soon and felt we should free up our nine places. 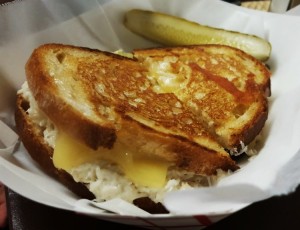 As we cleared our tables, a huge crowd of people jammed into the store, wet from the rain, and queued up at the cash register, wanting lunch. With big smiles, we relinquished our tables. It seemed to be the thing you do there.

…even if you don’t eat a burger.

Disclaimer: The author reserves the right to eventually return to the store for her Seven Napkin Burger.

Pro Tip: Pair your visit to the Owls Head General Store with a trip to another great Owls Head attraction: