November 4, 2013 | Comments Off on History of Sadler House

History doesn’t just belong to the wealthy, and Rockland’s historic district demonstrates that. In contrast to some of the grander homes built during the era of Rockland’s greatest prosperity, our New Englander home was built for a working-class family. Their last name was Sadler.

In fact, it seems a chunk of our street was once the homestead of William and Maria Sadler. They had a son named Willard, a cooper (barrel-maker) , who married Augusta Stanley from Swan’s Island and seems to have come with her to the homestead in Rockland in the 1890’s, where they had a son. Tragically, Willard appears to have died of kidney disease in 1895 at the young age of 33, leaving his wife Augusta to support their son, Wesley as a dressmaker in an establishment at 413 Main St.

The address of our house already existed in public records prior to Willard’s death, and Willard is listed at 10 Hill St., while his father is listed at “rear” 10 Hill St. but our real estate records show that our house was built in 1904, as of 1900, Augusta appears on the census at our address, living in some version of the house with her son and her younger brother Freeman, his wife Winnie and their two-year-old son, Harrold. Just think – this was before the back portion of the house even existed, so there were two small families living in less than 1000 square feet! Not surprisingly, considering the era, even though they were living on the land Augusta had already occupied with her late husband, Freeman is the one listed as the head of the household in the 1900 census records. Meanwhile, William and Maria Sadler lived next door with their daughter Rose Nash and her husband Alonzo and son John, as well as Willard and Rose’s younger sister Lilla, who was 16 years old. Records show that Maria died in 1904 of complications from pneumonia.

By the time the 1910 census occurred, Freeman Stanley’s family had moved out. The members of the household listed this time were Augusta, Wesley, and a boarder named “Sutcliffe” who is described as a “day laborer.” From her obituary, many years later, we know that Augusta and Wesley left Maine a few years after the census, stopping first in Portland (1913 – 14), then Worcester, Massachusetts and then settling permanently in Waterbury, CT, where Augusta died in 1949. William Sadler, now a widower, was still living with Rose’s family next door at the time of the 1910 census.

The next residents of the house were  Nelson Cobb Carr and his wife, Carrie (maiden name Achorn) who were married in 1911 and appear on the 1920 census at our address with their eight-year-old daughter, Blanche. Nelson was a clerk at a business called the Maine Fruit Company, which may have been located at 43 Tillson Ave (about where the public restrooms are now!). Rose and Alonzo were still living next door as empty nesters. Due to the fact that William Sadler is not listed as residing there and because he’d have been 86 years old, we suspect he had passed away by this time. 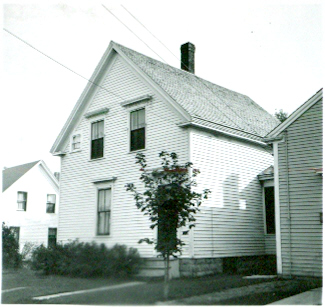 Our home in 1940 – surprisingly similar!

Carrie Carr died in 1929, just two months before her daughter’s May wedding, so she was not listed on the 1930 census. However, Nelson is shown as still living at our address with Blanche, her husband Cecil Small, their daughter Nancy, and Nelson’s father George Carr. I can’t tell who lived next door because the census seems to have been very disorganized that year, walking all over the street and totally skipping the neighbors’ house! It’s funny to see how someone’s workday on the census got out of hand.

By 1940, 50-year-old Nelson’s extended family had moved out, but he is shown on the census as living with his 36-year-old wife Jennie (whom he had married in 1936) and her 16-year-old daughter Grace Tuttle. He was still working at the Maine Fruit Company, so he must have been a pretty good salesman!

By 1950, Mr. Carr had finally moved away, and we know that he passed away in 1958 at the age of about 69.  The new residents were a young auto-mechanic named Ralph Pinkham and his wife Florence, who worked as a children’s maid. At some point (if not for the duration) Ralph worked at Pinkham’s garage in Waldoboro. The two of them seem to have moved into our house after vacating his parents’ home at 116 North Main St. Records show us the Pinkhams were still at our address in 1973, although some records indicate that Ralph and Florence divorced during that time and that he married a woman name Frances Rhodes in 1961. In 1973, the house was sold…and sold again…and lived in by a pretty long list of folks throughout the eighties and nineties. 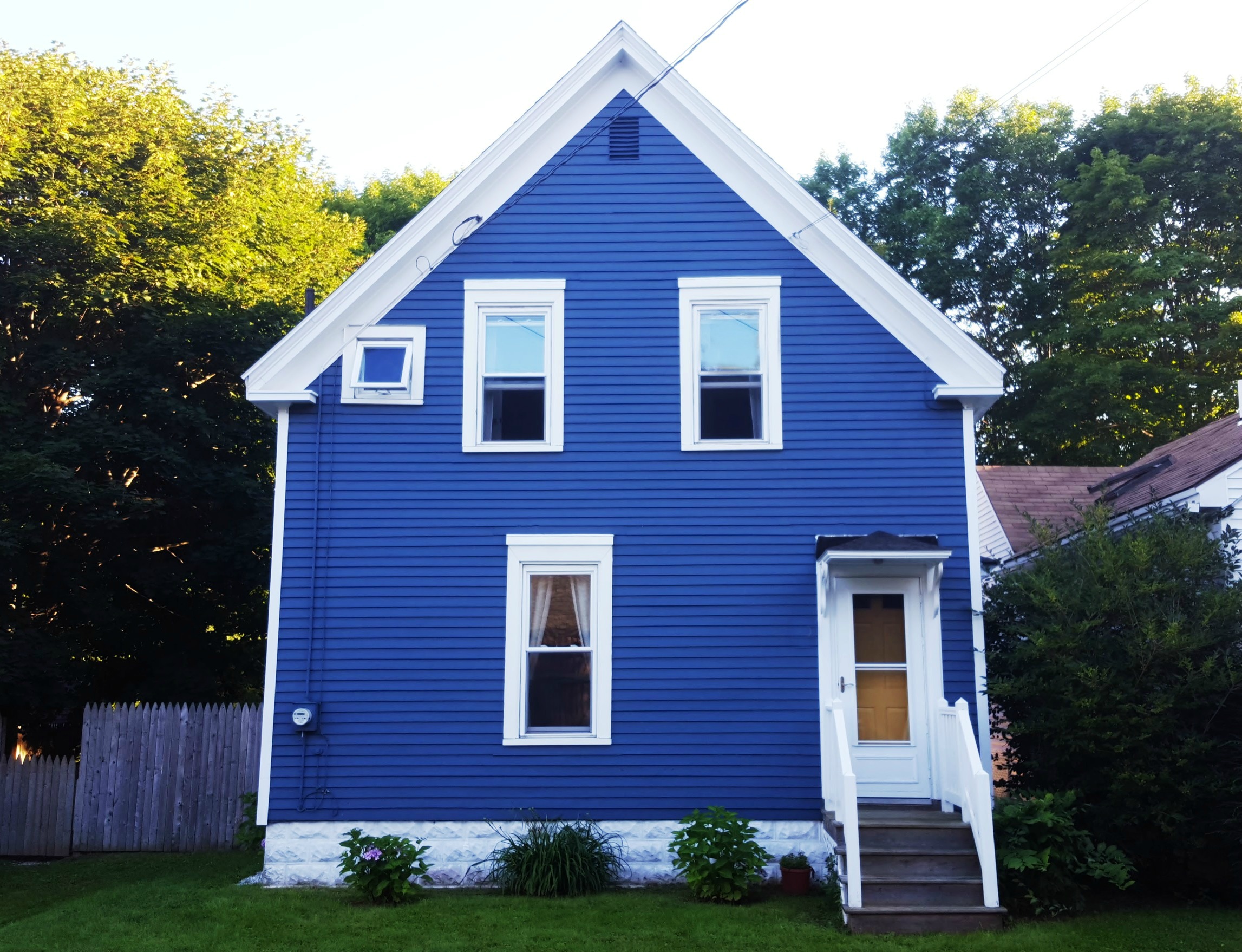 It is nice to know, though, that our house was built for living. It was made for everyday people and their kids, their successes and their failures, and the ordinary experiences of a full century. We know that not every detail of the house is the same as it was for Augusta or for Nelson, or even for the people who came after them. We have tried to respect and renew the home, because we are now the everyday, ordinary people who love this house. If you visit, you will be, too.