Last fall, I saw an ad for a huge batch of salvaged school art room stools on my local swap group. A woman had bought up the lot when the school renovated, and she had a bunch of them for sale at $20 each. She clarified that they did need “TLC” and would have to have new feet and reconditioning or replacement of the seats. Having recently been horrified by the price of new stools, however, I thought this was a great chance to replace the too-tall aqua ones that had come with the kitchen counter at the house. 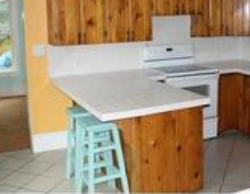 We ended up buying three of these stools, choosing ones that had not had the seat painted, because we figured they’d be easier to work with. This is basically what they all looked like. Thankfully, nobody had stuck gum under the seats in all their years at the school! 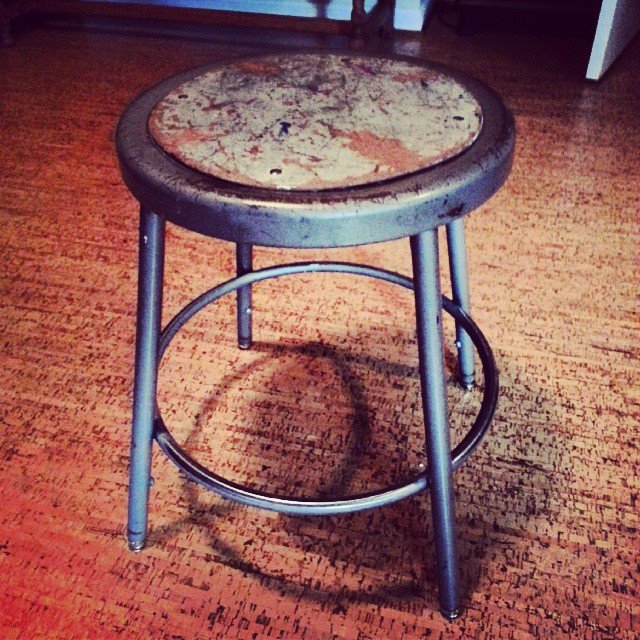 Not bad. Not great!

The first thing we did was try to spray paint the seat with a copper color. That was totally unsuccessful (insert sad trombone). The seat wasn’t smooth and it didn’t take the paint well and it just looked drab. You’ll forgive me for not taking a picture of that stage! To correct the unevenness of the seat, Dan used his power sander on all three seats and they came out looking much smoother and cleaner.

I kept going in circles about what to put on the seats, and then I decided to stencil something nautical on them. I found an entire pack of nautical stencils for a few dollars at a fabric store and chose my favorites. That was when Dan had his genius idea. He saw me using StazOn ink for my coaster project and said “Why not put permanent ink on the seats instead of stencil paint?” His reasoning was that it would be cleaner and last longer. I was initially dubious, but I tried it. 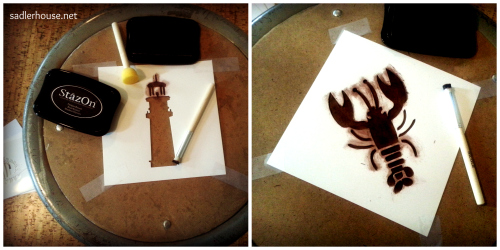 I found that the sponge wasn’t stiff enough to handle the stamp pad, but the small brush (it has very tough bristles) was easier to really soak and then forcefully deploy the ink onto the stencil area. It was a little tiring and the brush took a beating, but my persistence paid off! 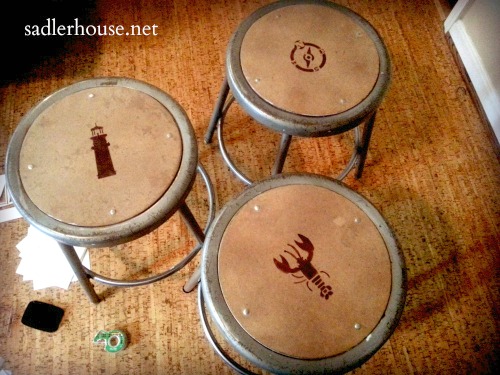 We replaced the feet with ones we found at our local home improvement store, extended the stool legs to the perfect height, and hauled them up to Maine. 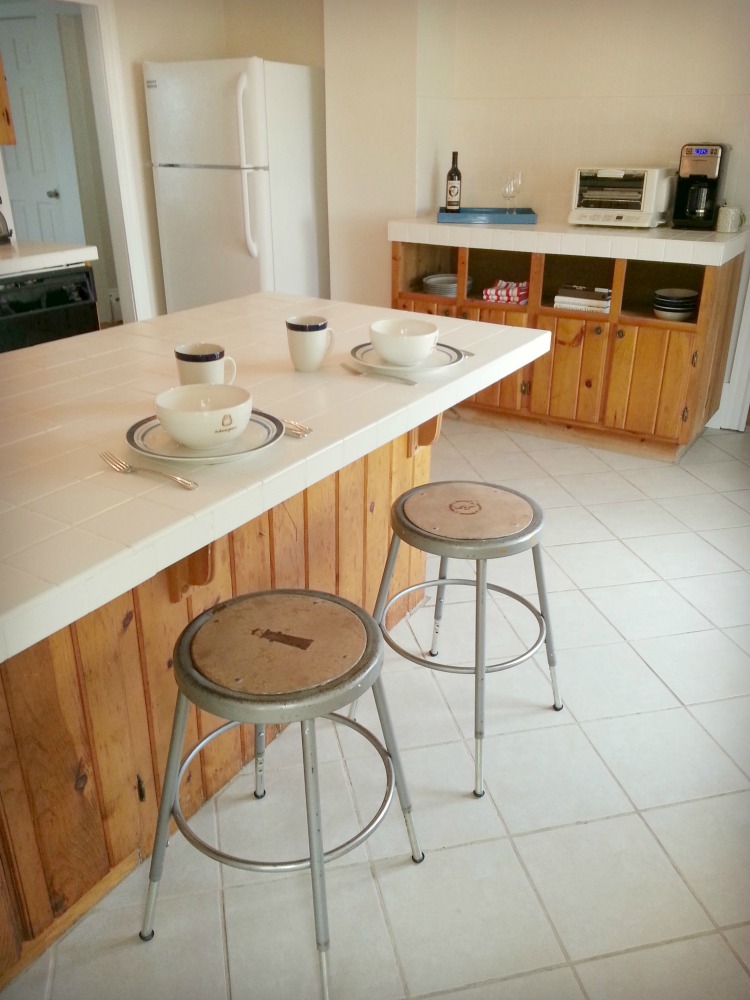 The third stool is on an adventure somewhere in the house…here are two of them.

I am in love with these comfy, durable little industrial stools! They’ll have a whole new life with us in Rockland. 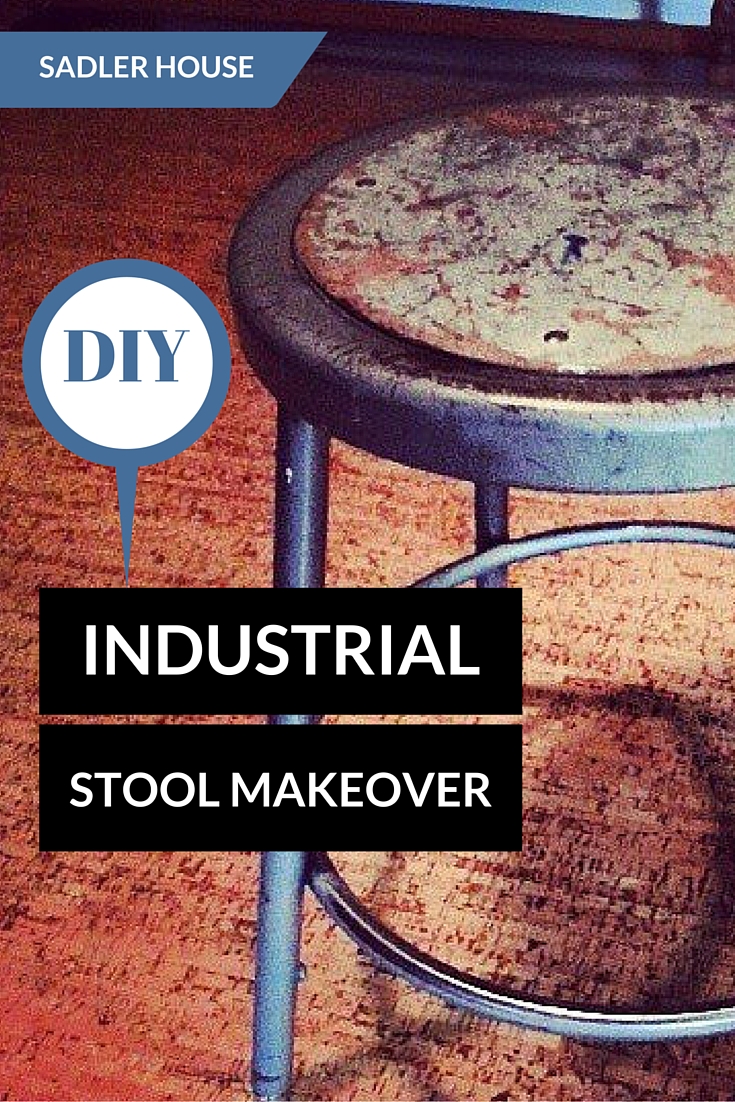