All of the posts under the "clams" tag.

I’ll come out and admit it.  I’ve always been intimidated by seafood pastas and stews.

Okay, okay, I’ve made scampi.  But the prospect of a bouillabaisse or a paella or a pasta with various sea creatures on it…well, it just seemed too hard.  I can’t say exactly what made these dishes seem so unattainable, but I am pretty sure it had something to do with the challenge of obtaining three or four different fresh fish or shellfish on the same day in almost embarrassingly small amounts.  Now, this may be a real problem for folks who live in areas lacking good grocery stores, but as a person who has access to the glorious seafood markets in and near Rockland, there’s just no excuse.  So, recently, when Dan and I saw Lidia Bastianich making a mouthwatering seafood pasta on her show, we decided the time had come.

It was imperative we finally make the plunge.  I decided to take on a pasta recipe that contained mussels, clams, scallops AND shrimp. 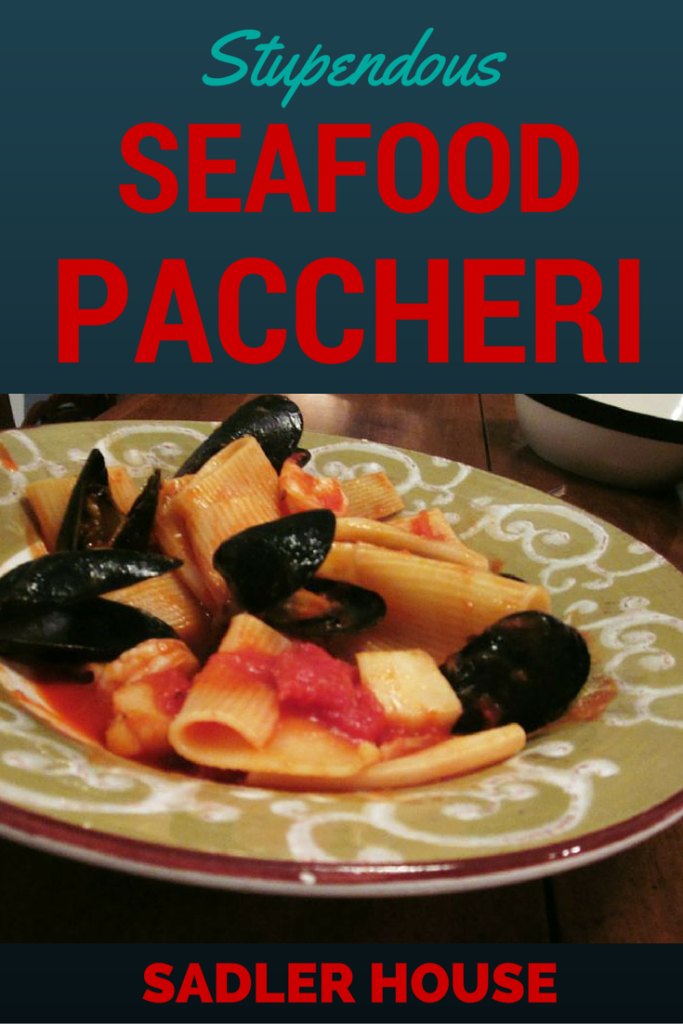 Right off, though, we cheated.  Dan and I decided to omit the clams and double the mussels.  The reason for this was two-fold.  First, we have never cared much for clams.  I realize this may get us kicked out of Maine, but we can’t deny that we are just mussels folks.  Second, if you are shopping at a supermarket, mussels come handily in bags of 2lbs., so it can be a great way to simplify your ingredient list and avoid an extra stop at if your time is limited or seafood markets are closed.

If you are not near a great seafood outlet in a coastal area, the other thing we have realized is the usefulness of both frozen raw shrimp and frozen scallops. We have found that sometimes the frozen shrimp is the only practical way for us to shop ahead and plan, so that’s what we had on hand.  The frozen scallops, likewise, have proven to be an affordable way for us to have scallops on hand days or weeks before we need them, when we are not in Rockland and have to make due in Virginia. END_OF_DOCUMENT_TOKEN_TO_BE_REPLACED